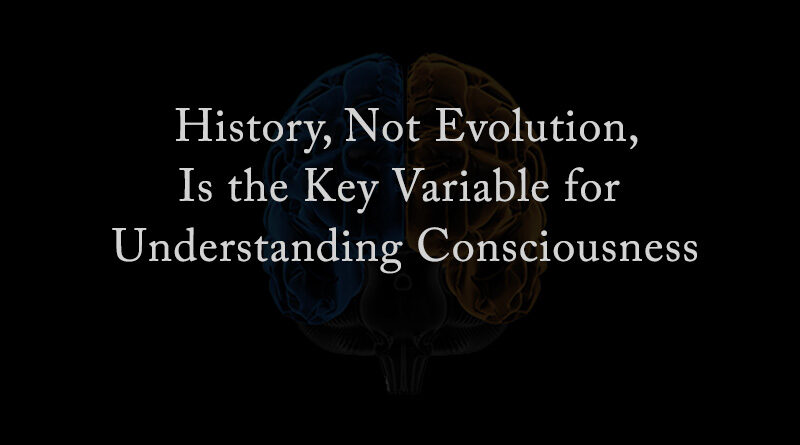 The human mind is always adjusting, accommodating, and adopting resources from outside itself to expand and improve its capabilities. Such adaptation, if broadly understood, unfolds across different temporal spans. But a glaring weakness of mainstream research psychology is its almost complete neglect of a time-scale that would illuminate how the human mind changes over a few generations or several centuries.

Psychology relies on several time-scales to study how change configures and conditions the psyche. The first is evolutionary or the unimaginably long passage of millions of years. The second is developmental or the stages constituting the trajectory of an individual’s lifespan. The third covers very brief periods when the mind attempts to self-correct when navigating day-to-day challenges. The fourth describes a period during which the psyche’s resilient capacity to self-repair kicks in when challenged by an emotional disturbance or a mental disorder. Overcoming maladaptive behaviors often requires the aid of a mental health care provider.

Psychologists tend to overlook a fifth time-scale that concerns cultural modifications of mentality that is historically driven by growing social complexity. This mid-range type, positioned between evolutionary and lifespan perspectives, is better suited for understanding sociocultural adaptation and can be measured in several centuries (or in some circumstances several millennia). The contribution of Julian Jaynes is relevant here. He argued that about three millennia ago our mentality shifted from one governed by audiovisual hallucinations (the voices of ancestors and the gods) to subjective introspectable self-awareness (conscious interiority).

Despite attention given to evolutionary, developmental, and other types of temporality, much of conventional psychology seems stubbornly stuck in a synchronic view of human mentality. Indeed, a great failing of conventional psychology is its disregard of changes in mentation during historical periods. There are many reasons for this unfortunate view of things that are beyond the purview of this essay, but one reason is the apprehension of being labeled a racist or cultural evolutionist if one even hints about relatively recent historical changes in human psychology.  Note however that discussing changes in mentality over time is not the same as arguing that a certain society is more “advanced” than another simply because its members possess particular kinds of knowledge (i.e., subjective introspectable self-awareness). Ancient civilizations lacked knowledge about high energy physics, astronomy, and germ theory, but no one feels that by pointing these facts out they are being racist or that they might be accused of regarding persons from the distant past as somehow mentally inferior. By the same token, arguing that people in the past lacked the cultural psychological techniques to “picture things in their heads” or “self-introspect” does not mean that they were mentally lacking.  In other words, changes in human mentality mean the cultural construction of new forms of knowledge and belief, not social–Darwinist, racialist-inspired “stages of development.”

Even anthropologists who glibly proclaim that the mind is culturally constructed have a difficult time entertaining the proposition that the mind is historically constituted.  They refuse to follow the logical implications of what it actually means to claim that that psyche is a social construction and end up taking a basically ahistorical view of humanity.

Recently some thinkers have argued that mind must be understood as something “extended,” i.e., the mind is not contained by “skin and skull,” but emerges from interactions with the social environment, tools, and technology (e.g., memory storage devices).  Indeed, such “externalities” properly count as components of psyche.  This “extended mind thesis” (EMT) is a sort of a spatial extension of psychological processes (Andy Clark and David Chalmers, “The Extended Mind,” 1998).  However, we can complement EMT with a “temporal extension thesis” (TET) by arguing that if we take seriously the inherently cultural aspect of psyche, we are forced to acknowledge its historicity; in other words, the mind is extended through time.  This means that during any historical period our understandings of mind rest on prior conceptions. In the same way we understand political institutions, economic systems, and religious ideologies by peeling back their historical layerings and peering into their pastness, so should we approach the mind. This can be done by studying the words that constitute a language’s mental lexicon. It is the very words we use to describe mentation that, though adapting to particular social conditions through time, transmit psychological knowledge to the next generation.

Towards a Stratigraphic Psychology

Such a stratigraphic psychology does not answer all questions about human mentality, of course, but it is a very useful antidote to essentializing and overly-naturalizing something that rests upon cultural historical scaffolding. Adaptation is a foundational premise for understanding the human condition. Coming to terms with its different temporal spans can help us understand our psychological nature. A multi-temporal perspective allows us to see the forest from the trees.  In other words, a historically-informed view permits us to investigate changes in human mentality that more conventional, synchronic approaches miss.

2 thoughts on “History, Not Evolution, Is the Key Variable for Understanding Consciousness—The Temporal Extension Thesis and the Adaptive Psyche”