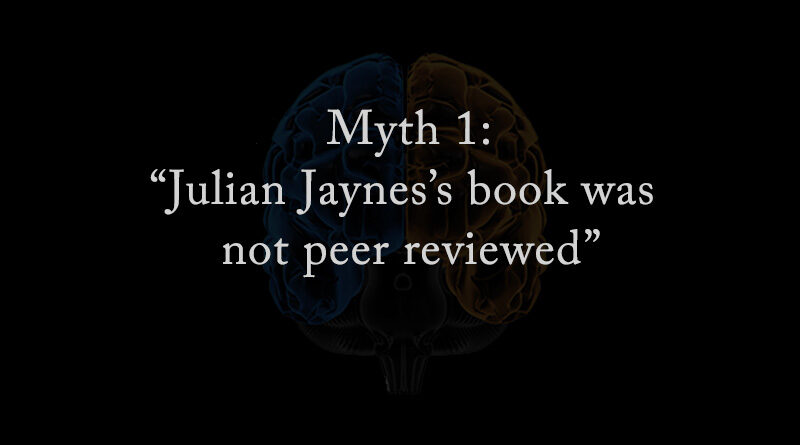 Myth 1: “Julian Jaynes’s The Origin of Consciousness in the Breakdown of the Bicameral Mind was not peer reviewed.”

Fact:  While Julian Jaynes ultimately chose to publish his book with a non-academic publisher, which he felt might keep it in print for a longer period of time, Jaynes’s book was reviewed and commented on by a number of academics during the publication process. These include Stanford psychologist Ernest Hilgard, psychologist Isodor Chein, an anonymous anthropologist, as well as others. Jaynes went on to publish articles and commentaries on his theory in peer-reviewed journals such as Canadian Psychology and Behavioral and Brain Sciences, and discuss his ideas with other prominent scholars at conferences. We should also keep in mind that Charles Darwin published his theory of evolution in a book intended for both a scientific and a lay audience — not in a peer-reviewed journal.