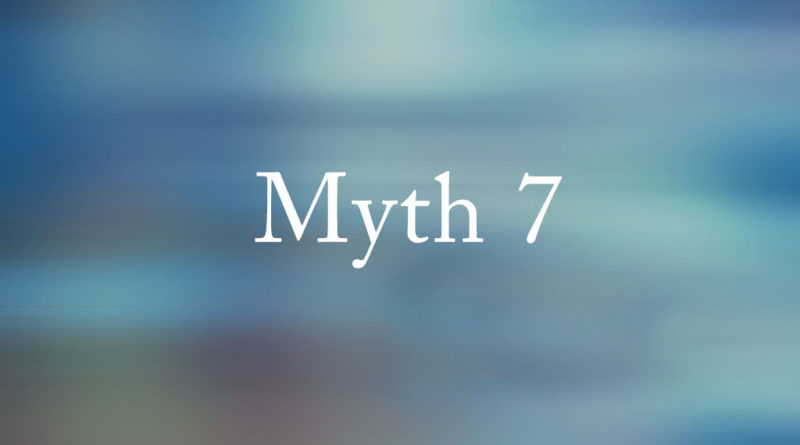 Myth 7: People could not have functioned in ancient civilizations if they were “crazy” or suffering from mental illness.

Fact: This misconception has to do with a misunderstanding of Jaynes’s assertion that people in ancient civilizations were guided in decision-making situations by commanding voices that today we would call auditory hallucinations, and that schizophrenia is a vestige of this earlier mentality. People confuse their view of a modern person that is hospitalized and medicated for mental illness with what people might have been like in ancient civilizations, or, more recently, among pre-literate tribal societies. This misconception is based in part on failing to understand the significant difference between a conscious person who lives in modern society, and then suddenly experiences disconcerting commanding auditory hallucinations that don’t have a cultural context (and which often lead to feeling ostracized by society), versus a person that was raised in a bicameral civilization where hearing voices was the norm and was culturally reinforced. These two very different scenarios are erroneously conflated.

Daily life in bicameral civilizations was likely largely habitual, with occasional voices directing behavior in novel situations. Put simply, at a point where today one finds themselves deliberating over a decision, the bicameral person would have experienced a guiding voice. This voice was based on the same unconscious problem solving processes that modern introspective decision-making often relies on.

In ancient civilizations, the person would likely have grown up with their hallucinated guiding voice, or “personal god,” referred to as one’s ka in ancient Egypt, one’s genius among the early Romans, and one’s ilu among the Mesopotamians. Recent estimates suggest that even today, between one-quarter and one-third of modern children hear voices, termed “imaginary companions.” In most cases these voices are discouraged by parents and thus are socialized out of most children, however in some they persist into adulthood. In addition, a much larger percentage of “normal” people hear voices from time to time than was previously known (Watkins, 2008). Recent research into “command hallucinations” provides additional support for Jaynes’s theory. Further, there is a great deal of evidence that pre-literate societies exhibit vestiges of bicamerality, including auditory hallucinations (Levy-Bruhl, 1926). For an detailed description of a modern person labeled schizophrenic whose experience closely parallels Jaynes’s descriptions of the bicameral experience, see “A Schizophrenic Woman Who Heard Voices of the Gods” (Hurlbert, 2016).

Hurlbert, Russell T. “A Schizophrenic Woman Who Heard Voices of the Gods,” in Gods, Voices, and the Bicameral Mind. Julian Jaynes Society, 2016.