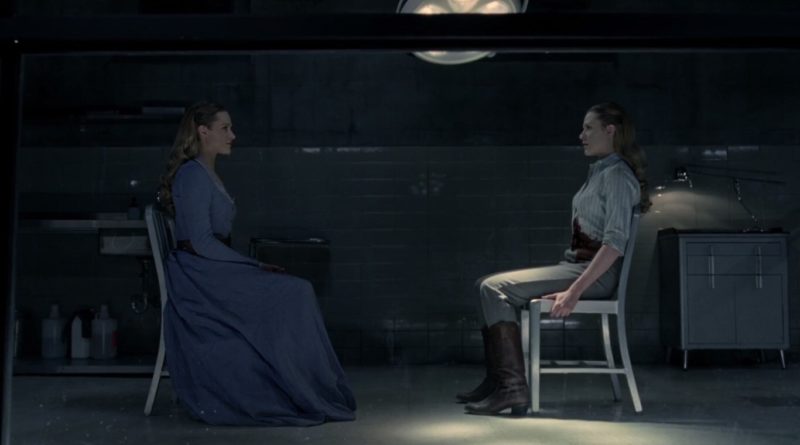 Episode 10, the season finale, is titled “The Bicameral Mind” after Julian Jaynes’s theory, which states that prior to the development of introspective consciousness, our brain hemispheres operated more independently than they do today, with the right hemisphere acting as the “god-side” and the left acting as the “man-side,” and neither being conscious. In stressful situations, the brain used language to transmit information from the right hemisphere to the left in the form of what we would today call an auditory hallucination. Ancient peoples took these voices to those of their chief, king, dead ancestors, or the gods. Over time, consciousness was learned through metaphorical language and the voices were suppressed, although many retain vestiges of bicameralism in the form of hearing voices even to this day.

Near the beginning of this episode there is an interesting exchange between Arnold and Dolores where Arnold explains his breakthrough realization in developing consciousness in the hosts. That “consciousness isn’t a journey upward, but a journey inward. Not a pyramid, but a main…”

The center of the maze represents not a place but the host’s development of their own introspective mind-space, the point at which Arnold’s guiding bicameral hallucinations become their own internal dialogue.  In Jaynesian parlance, their own analog ‘I’ narratizing in a mind-space.

The episode ends with a powerful scene with Dolores and Arnold in opposing chairs. Arnold then becomes Dolores, as his “voice” becomes her own… and she finds the center of the maze. In the final scene, Dr. Ford introduces his highly anticipated new narrative.

It will be very interesting to see if the show’s writers continue to integrate ideas from Julian Jaynes’s theory in Season 2.