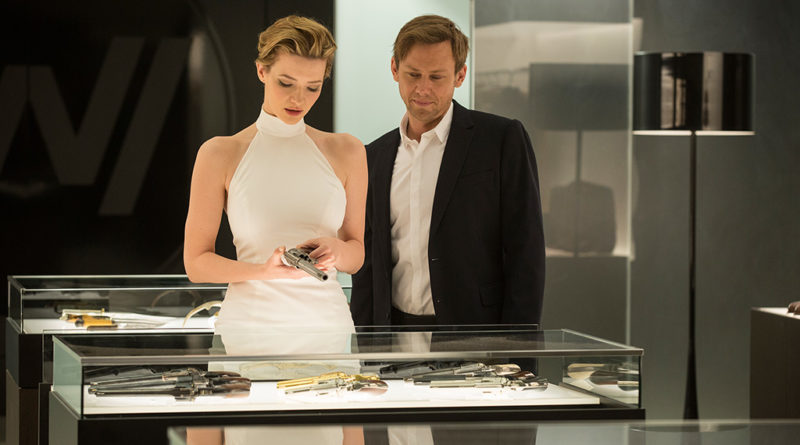 Episode 2 opens with Dolores hearing a bicameral voice telling her to “wake up,” then asking her “do you remember?” Again we see the introduction of autobiographical memory as the first step toward consciousness for the hosts.

But the question remains: Who is issuing the bicameral hallucinations to the hosts that are helping to direct their behavior?

Later, after having a jarring encounter with Dolores, the host Maeve also begins to have memories, raising the question:  Is consciousness contagious?

Bernard and Dolores have a secret conversation, leaving us wondering what Bernard is up to. Does Bernard see the beginnings of consciousness in Dolores? Is he doing something to encourage this process?

The concept of lucid dreams is also introduced. We are told that while the hosts can’t dream, they do have the concept of dreams.

As side note, dreams are an interesting aspect of Julian Jaynes’s theory. We tend to think that dreams were always the same throughout history, but this is not the case. The oldest recorded dreams are all what we might describe as “bicameral dreams” or “visitation dreams.” They consist of the sleeper lying in bed and being visited by a god or dead ancestor, who issues a command or advice. It is only after we learn consciousness that we begin to see modern, vicarious dreams, where we see ourselves in a variety of different situations, often from a third person view. This is consciousness operating during sleep, and requires an analog ‘I’ narratizing in a mind-space.

We actually see children go through the same transition as they learn consciousness. Thus, dreams can be a way to gauge the level of consciousness in an individual or in a culture.

It will be interesting to see the extent to which dreams, and memories during dreams, play a role in the hosts’ progression to consciousness in future episodes.

Later in this episode, we see Maeve have another memory. She awakens during maintenance and witnesses workers and damaged hosts (including Teddy) being hosed down. With the addition of memory, will this scene return to her and lead to her questioning the nature of her reality?