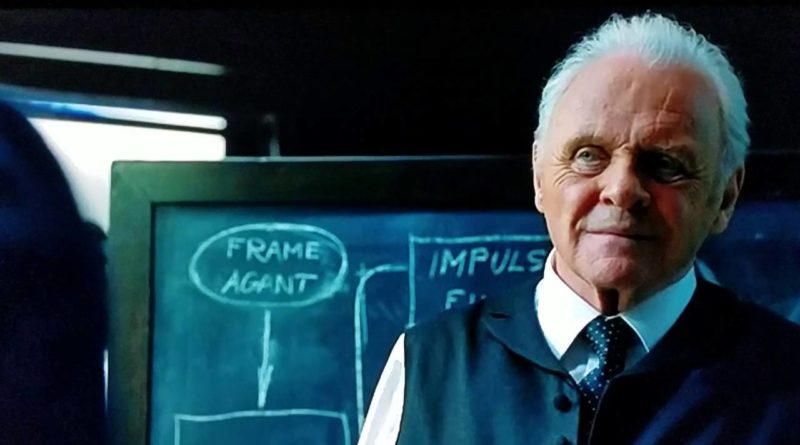 Episode 3 provides a great deal of interesting material for discussion.

It opens with Bernard meeting with Dolores again. He gives her a book to read (Alice in Wonderland — “wonderland” perhaps being a metaphor for the reality that the hosts are waking up to) and she makes reference to other books they have read together. In Julian Jaynes’s theory, the use of metaphorical language is how we learn consciousness. Perhaps Bernard is using reading to help nudge Dolores toward consciousness.

In the next scene, Dolores has a bicameral hallucination: “Do you remember?” She then has a memory of the Man in Black in the barn. We still don’t know who’s voice the hosts are hearing other than the fact that the host in the saloon in the first episode seemed to be talking to someone named Arnold.

Later, Elsie and Bernard are seen reviewing video of this host. We see him again refer to  his voice as Arnold. We discover that the six hosts he killed had all killed him in the past… it looks like another host is both having bicameral hallucinations and gaining autobiographical memory.

Next Maeve sees Teddy in the Mariposa and she has a memory of seeing him being serviced back at Westworld headquarters, so she is gaining autobiographical memory as well.

Dr. Ford has a discussion with Teddy, where Teddy claims that Wyatt “claimed to hear the voice of god.” Here we have another Jaynes reference. In Jaynes’s theory, prior to consciousness everyone heard hallucinations that they took to be the voices of the gods.

There’s a brief moment when Dr. Ford and Bernard are walking into Ford’s office where we see what looks like Ford’s collection of figurines. This may be reference to the fact that small idols play a prominent role in Jaynes’s theory. In the ancient world, idols served as a hallucinatory trigger. They were seen not merely as representations of gods but as the gods themselves.

Next Bernard informs Dr. Ford that the hosts are hearing voices from someone named Arnold, and we then have the first direct reference to Julian Jaynes’s bicameral mind theory. In case you missed it, you can see it here:

We learn that Arnold was Ford’s original partner in creating the park and that he was trying to give the hosts consciousness, basing his strategy for doing so on Julian Jaynes’s bicameral mind theory.

Dr. Ford also outlines Arnold’s pyramid of steps toward consciousness: memory, improvisation, self-interest, and a fourth unfinished step. It’s easy to take issue with these. All animals, for example, have evolved what we might call self-interest for their survival. But we can set aside these objections for now.

More interesting is the discussion of how Arnold used the bicameral mind. Arnold was using the bicameral hallucinations both as a way to give the hosts commands but also as a means to “bootstrap consciousness.” The idea being that eventually the auditory hallucinations would trigger the hosts’ own inner dialogue. A vestige of this bicameral system still in place is the voice commands used to control the hosts.

In describing Arnold, Dr. Ford notes that “his personal life was marked by tragedy … his pursuit of consciousness consumed him.” Here I had the sense that perhaps Arnold’s character is in part based on Julian Jaynes himself. (You can read a biography of Julian Jaynes in Reflections on the Dawn of Consciousness.)

There is a scene with Elsie and Ashley tracking down the stray host that is also off script and lost in the wilderness. We see he also has figurines that he’s made himself. They have an unusual constellation-like pattern carved in them, but we don’t yet know what this means.  It’s not yet clear to what degree (if any) the figurines function as idols for hallucinatory triggers as they do in Jaynes’s theory.

Later we again see Bernard talking with Dolores.  He hints to her about the nature of her reality. He asks her a question reminiscent of Morpheus’ red pill/blue pill question to Neo in The Matrix. We get the sense that he has been pushing her toward consciousness but then, based on his earlier conversation with Ford, is having second thoughts about it. He contemplates “changing her back” but then decides against it.

We next see Dolores on her loop at the farm house. She sees her dead father but this time she remembers what he used to look like before he was replaced by a new host. Then in the barn, she aims a gun at her would-be assailant. At first she is unable to shoot. She then has a memory of the Man in Black from a similar scene in the barn from a previous loop, she hears a bicameral voice urging her to “kill him,” and she fires the gun.

This scene is a nice representation of what life must have been like for bicameral people during stressful situations when a difficult decision was required. Unable to introspect, an auditory hallucination guides their action, much like the heroes of the Iliad were guided by hallucinations of the gods. It will be very interesting to see where they go next with Jaynes’s theory in the story.