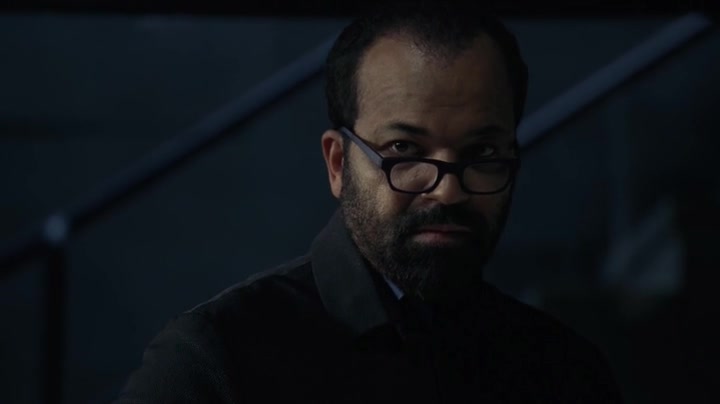 The most Jaynesian-related scene in this episode is the opening scene with Bernard again talking with Dolores.

Dolores hints at changes that are taking place in her thinking, saying “I feel spaces opening up inside of of me, like a building with room I’ve never explored.” When viewed from the perspective of Julian Jaynes’s theory, her description is exactly what we would expect to see from someone learning consciousness, where metaphors of the physical world build up to create our inner “mind-space.”

She next makes a statement very reminiscent of “The Fall” from the Book of Genesis, saying, “I think there may be something wrong with this world.” Prior to this, Dolores seemed incapable of entertaining these types of thoughts – her script didn’t allow it.

The Garden of Eden story can be read as a parable for the breakdown of the bicameral mind and the birth of consciousness: first they were non-conscious, then they ate from the “Tree of Knowledge,” gained consciousness, and for the first time had the concept of morality and good and evil.

She fears something may be wrong with her, that she may be “losing her mind.” Bernard responds by telling her about a game called “The Maze,” and that if she can find the center of the Maze, perhaps she can be “free.”

Apparently the center of the Maze (which the Man in Black is looking for) somehow represents the emergence of consciousness.

Next we see Maeve at the Mariposa suddenly having more flashbacks and memories, recalling the workers back at the facility and a bullet being left inside her.

Maeve then sketches the technicians that she’s seen in her memories. When she goes to hide her sketch beneath a loose floorboard, she discovers similar sketches that she’s drawn in the past but doesn’t remember. The pieces are starting to come together for Maeve that things are not as they seem, and memory is playing a critical role in slowly expanding her consciousness.

Later Dolores has a bicameral hallucinatory experience, hearing the command “remember,” and seeing the white church and the maze traced in the dirt, along with memories of past events.

In the stage coach on the way to the prison, the Man in Black has a conversation with Lawrence, telling him “no choice you ever made was your own. You have always been a prisoner. What if I told you that I’m here to set you free?”

Is the Man in Black’s quest to find the Maze really an attempt to bring consciousness to all of the hosts?

Also noteworthy: the Native Americans drop a figurine that resembles the technicians, and we are told that “it’s part of their religion” (called a “shade”). And in a lunch with Theresa, Ford refers to himself and Arnold as “gods.”