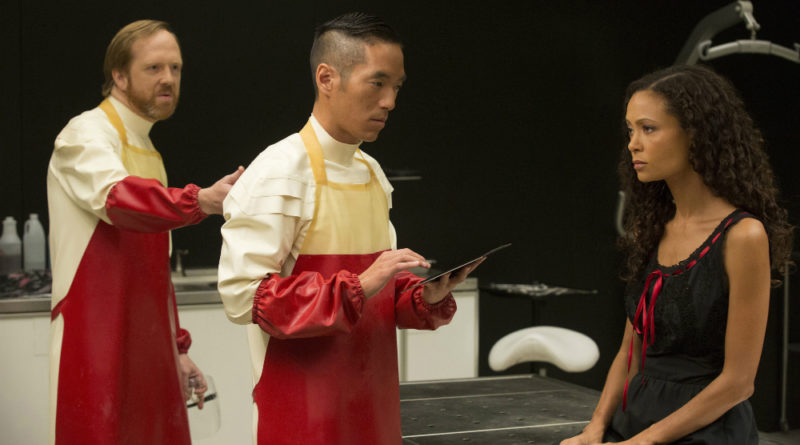 In Episode 6, the links to Julian Jaynes’s bicameral mind theory that have already been established continue.

Through her interaction with Felix the technician, Maeve continues on her path to discovering the nature of her reality and gaining consciousness.

Elsie makes reference to the “bicameral system,” telling Bernard: “That bicameral system you told me about … I think that’s what they used to hack the woodcutter. The voices the hosts have been hearing? I think someone’s been broadcasting to them. …. There’s still relays out there in the park, and it looks like someone turned one on.”

Elsie is getting closer to uncovering the nature of Arnold’s bicameral command hallucinations to the hosts:

“Theresa was using the old bicameral control system to reprogram the woodcutter. But she’s not the only one.  Someone else has been using the system for weeks to re-task hosts … these modifications are serious … ”

Next, we see Ford questioning the younger host version of himself. The boy reveals he heard a bicameral voice of Arnold telling him to kill his dog.

As a side note, many more people today experience hearing voices than is generally known, and many of those that do hear voices hear what’s called “command hallucinations” that direct their behavior — a vestige of our earlier bicameral mentality.