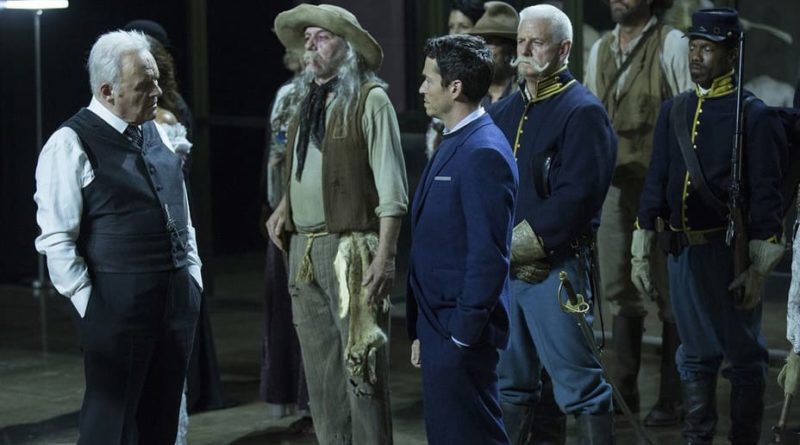 Like much of Ford’s speech, the instruction he gives to Bernard in the opening of Episode 8 is written and spoken very much like a hypnotic script… Anthony Hopkins could have been a successful hypnotist. And as I’ve previously noted, the verbal commands given to the hosts are very much like post-hypnotic suggestions.

Hypnosis is a subject that has long been a mystery to psychology, and too often it has been ignored or marginalized, as the field of psychology struggled to become “scientific” and wanted to rid itself of any associations with what might be considered “fringe” topics.

As I have written elsewhere, and as Julian Jaynes explains, hypnosis is perhaps best understood as a vestige of the bicameral mind. Because of our previous bicameral mentality, we are predisposed to follow an externally perceived, guiding voice. Furthermore, if consciousness were biological and innate, we would not expect it to be altered as easily as it is with hypnotic trance.

Later we see Dolores with William by the river, where she experiences another bicameral hallucination (“Come find me”) accompanied by a vision.

Back at the Westworld corporate facility, Maeve is learning more about herself and the other hosts. She makes what may be a subtle reference to Julian Jaynes’s bicameral mind theory:

“Parts of me are quite old. There are some elegant formal structures, a kind of a recursive beauty, but complex, like two minds arguing with each other. There are things in me, things I was designed to do, that are just out of my reach. They almost seem to be dormant. Who is Arnold?”

In an interesting exchange between Ford and Bernard, Ford articulates what one might describe as a radical behaviorist view: that consciousness does not exist and that all of our behaviors are to some extent “programmed” — by our genes, by classical and operant conditioning, etc.

You can see the discussion here:

While Julian Jaynes would disagree with this view, he does argue that consciousness makes up a much smaller part of our thinking that we realize. Using the metaphor of a flashlight in a dark room, Jaynes explains that everywhere the flashlight points the room is lit, giving rise to the illusion that the room itself is brightly lit. So too with us — we fall under the illusion that our consciousness is everything because we cannot be conscious of that which we are not conscious of.

In reality, much of our daily life is accomplished without consciousness at all, through habit, routine, and unconscious problem solving.

Finally, I found it interesting that near the end of this episode, in the hallucinatory scene where Dolores enters the strange town, the dance instruction for the hosts is identical to what we saw previously during Ford and Bernard’s discussion of the bicameral mind in Episode 3.