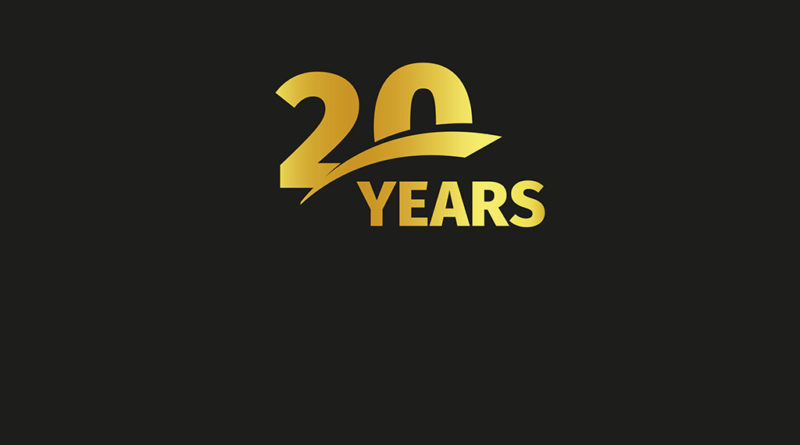 Last month (December 2017) marked the 20th Anniversary of the Julian Jaynes Society. I thought I would take the occasion of the the Society’s 20th Anniversary to reflect on some of our accomplishments over the past two decades.

The Society’s Founding and Early Years

Julian Jaynes, Princeton psychologist and author of The Origin of Consciousness in the Breakdown of the Bicameral Mind, passed away in November of 1997. Suddenly, the future of the theory seemed uncertain. Where was Jaynes’s promised second book? Who would continue to promote his ideas? Soon after, I posted an article I had written about Jaynes’s theory online, and the enthusiastic, worldwide response I received inspired me to start the Julian Jaynes Society.

At that time, although there were many books and articles that made reference to Jaynes’s theory, the only book completely dedicated to the theory was Jaynes’s own The Origin of Consciousness in the Breakdown of the Bicameral Mind. For a combination of reasons, including an unwillingness by most academics to support controversial theories for professional reasons, in the twenty years since the book’s first publication in January of 1977, no other books completely dedicated to the theory had been published.

Largely due to this lack of further publications, a perception had taken hold that the theory was somehow fatally flawed or had  mysteriously “been disproven.” Of course this was not the case, but humans — including academics — are social mammals that often exhibit herd-like tendencies, and it seemed that no one within academia was likely to stick their neck out in order to further explore Jaynes’s fascinating theory. Through private communications, however, it became clear to me that there was a large, ongoing worldwide interest in the theory.

The early years of the Society focused on making available articles relevant to the theory and providing a forum for online discussion. I also spent time trying to locate Jaynes’s unpublished volume, The Consequences of Consciousness.

Along the way, I became acquainted with other scholars who were also passionate about Jaynes’s ideas, and the idea for an edited volume took shape. The resulting book, Reflections on the Dawn of Consciousness: Julian Jaynes’s Bicameral Mind Theory Revisited, was published in early 2007 and was received enthusiastically by readers around the world.

Jaynes had left funding for scholarships and conferences on consciousness to the University of Prince Edward Island psychology department, and beginning in 2002, Scott Greer, a psychology professor there, took the initiative to organize the Julian Jaynes Symposium on Consciousness. The symposium featured talks by William Woodward in 2002, Daniel Dennett in 2003, and Michael Gazzaniga in 2004.  In 2005, the symposium was expanded to three speakers: John Limber, Brian McVeigh, and Scott Greer. In 2006 and 2008, Greer expanded the symposium to a full two-day conference, featuring a keynote speech by Richard Restak in 2006 and Karl Pribram in 2008. Brian McVeigh and I also spoke at the conferences in 2006 and 2008, along with many others.

In April of 2008, Brian McVeigh and I also organized a speaker session and workshop on Jaynes’s theory at the Toward a Science of Consciousness Conference in Tuscon, Arizona, which also included talks by Professors Scott Greer, John Hainly, John Limber, and Jan Sleutels.

In 2007, Rabbi James Cohn’s The Minds of the Bible: Speculations on the Cultural Evolution of Human Consciousness was published by the Julian Jaynes Society (an updated and revised version was published in 2013).

Between 2007 and 2011, the Julian Jaynes Society also published seven newsletters, containing original articles on Jaynes’s theory by a variety of scholars, book reviews, and conference announcements. In addition, I  wrote extensive responses that address all of the most common misconceptions about Jaynes’s theory on the Julian Jaynes Society website.

In 2011, in part inspired by the success of Reflections on the Dawn of Consciousness, Alessandro Salvini and Roberto Bottini published a similar edited book on Jaynes’s theory in Italian, Il Nostro Inquilino Segreto: Psicologia e Psicoterapia della Coscienza (Our Secret Tenant: Psychology and Psychotherapy of Consciousness).

In 2012, I published The Julian Jaynes Collection, my second major work on Jaynes’s theory, containing articles by Jaynes, interviews with Jaynes, and discussion of his theory. In the Julian Jayne Collection, Jaynes answers more than 100 questions about his theory. Also in 2012, the continued demand for Jaynes’s Origin of Consciousness led the publisher to release a Kindle version of his book.

The 2013 Julian Jaynes Society Conference on Consciousness and Bicameral Studies

The Prince Edward Island and Tuscon conferences paved the way for what would be the largest conference ever held on Jaynes’s theory, which I co-chaired with Rabbi James Cohn in June of 2013. The multidisciplinary program of “The Julian Jaynes Society Conference on Consciousness and Bicameral Studies” featured 26 speakers over three full days, including keynote talks by psychology professor Roy Baumeister, cognitive neuroscience professor Merlin Donald, and the Dutch psychiatrist Dirk Corstens. An audio CD of the conference was released in 2014.

In 2015, Carole Brooks Platt, who spoke at the conference, published In Their Right Minds: The Lives and Shared Practices of Poetic Geniuses, about the bicameral hallucinations of inspired poets. Also in 2015, an audio version of Jaynes’s Origin of Consciousness was released.

2016 turned out to be a fantastic year for Jaynes enthusiasts. In the summer I published my third book on Jaynes’s theory, Gods, Voices, and the Bicameral Mind: The Theories of Julian Jaynes, which included talks from the conference by Bill Rowe and Ted Remington, along with other relevant articles and new chapters written for the book.

In the fall, I was pleasantly surprised to learn that Jaynes’s theory figured prominently in the plot of a new HBO series called Westworld. The story involves human-like robots that respond to bicameral commands and are slowly developing an introspective mind-space.

The discussion of Jaynes’s bicameral mind theory in the third episode of Westworld by actors Anthony Hopkins and Jeremy Wright exposed several million viewers to Jaynes’s theory. Most had never heard of the theory before, and others who had heard of it many years ago developed a renewed interest. Sales of Jaynes’s book and my follow-up books on Jaynes’s theory skyrocketed. (I have posted commentary on the Jaynesian aspects of each episode of Westworld in the “Westworld” section of this blog.)

Also in 2016, Brian McVeigh published three new books related to Jaynes’s theory: A Psychohistory of Metaphors: Envisioning Time, Space, and Self through the Centuries in April, How Religion Evolved: Explaining the Living Dead, Talking Idols, and Mesmerizing Monuments in July, and Discussion with Julian Jaynes: The Nature of Consciousness and the Vagaries of Psychology in November.

In the span of two decades, the number of books on Jaynes’s theory went from one to more than ten, now comprising a total of more than 2,500 pages. As a result of the books, newsletters, interviews, and conferences, the perception of Jaynes’s theory has changed dramatically from when we started 20 years ago. As I mentioned previously, academics are often influenced by their perception of what other people consider credible. We have made it “safe” for academics to talk about and publish on the theory, and more and more scholars who’ve harbored a long time private interest in Jaynes’s theory are coming out. In  just one example, in 2014 Jaynes’s theory made its way into Consciousness: Theories in Neuroscience and Philosophy of Mind, a mainstream academic book on consciousness.

References to Jaynes’s theory now appear in thousands of academic books and articles. Long ignored, the topic of the role of language in consciousness is back in vogue, and will be featured as one of the major themes at the 2018 Science of Consciousness conference in April. The subject of hearing voices is now a popular topic, and it has become widely recognized that everyday people often have the experience of hearing a voice guiding their behavior (a vestige of the bicameral mind). Furthermore, Jaynes’s neurological model of the bicameral mind is now supported by many neuroimaging studies that show a right-left temporal lobe interaction during auditory hallucinations.

The large (and growing) body of work on the subject of Jaynes’s theory now forms a solid foundation for future scholars to build upon. I’m proud of what we’ve managed to accomplish over the past two decades, but much more work needs to be done.

I am deeply grateful for the past and present members of the Julian Jaynes Society, for all those who’ve written on the theory, purchased and read the Jaynes-related books, participated in the conferences, participated in discussions online, and shared Jaynes’s theory with others. Without your ongoing interest, encouragement, and support, none of this would be possible.

Julian Jaynes’s theory is undoubtedly one of the most important in the history of science, with tremendous implications for our understanding of  both human history and modern society… please keep spreading the word!