We’ll be exploring a wide-range of topics related to Julian Jaynes’s theory with experts from a variety of different backgrounds. Space for each event is limited so be sure to RSVP! (must be logged in).

New! Open invitation to debate! Are you a scholar interested in discussing or debating Julian Jaynes's theory? Contact Us and we'll schedule a live online discussion or debate. 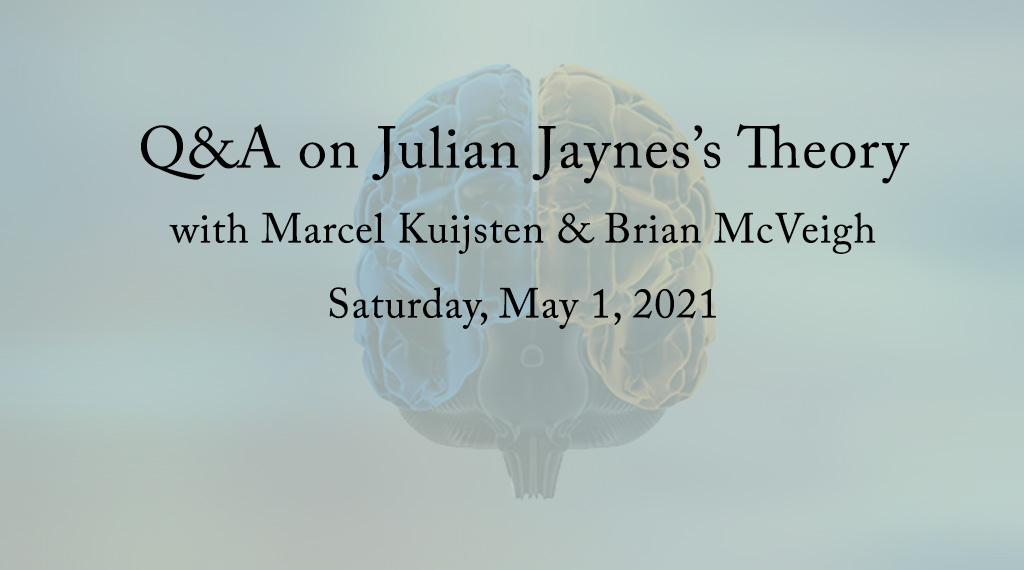 Get answers to your questions about the theory while getting to know other JJS Members and Jaynes enthusiasts! We’ll also be sharing recent items of interest, book recommendations, and more.

• A link to join will be sent to your e-mail the day prior to the event (be sure to check spam and promotion folders if you don’t see it).
• If you are waiting to be let in and the event start time has passed, something went wrong – please try logging out and then logging back in again.
• A webcam is recommended but not required.
• If you use a webcam, you can improve video quality by closing other programs, tabs, or apps and turning off other internet-enabled devices. Make sure that you have a strong Wi-Fi signal and avoid activities that heavily use your internet connection (ensure that no one is streaming video, playing online video games, etc. on your internet connection while participating in the event).