We’ll be exploring a wide-range of topics related to Julian Jaynes’s theory with experts from a variety of different backgrounds. Space for each event is limited so be sure to RSVP! (must be logged in).

New! Open invitation to debate! Are you a scholar interested in discussing or debating Julian Jaynes's theory? Contact Us and we'll schedule a live online discussion or debate.

Brian J. McVeigh – Evidence for the Bicameral Mind in the Old Testament 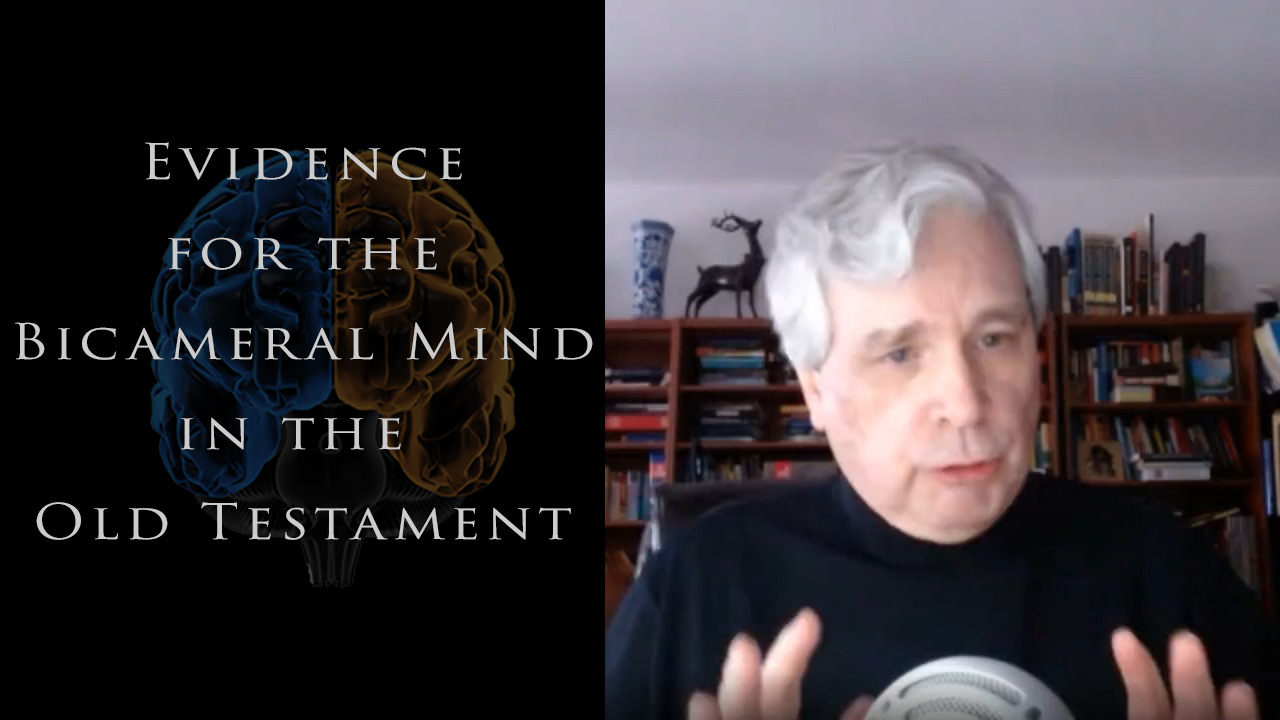 In the first interview in the Julian Jaynes Society Interview Series, Marcel Kuijsten talks with author and Jaynesian scholar Brian J. McVeigh about his recent book “The Psychology of the Bible” and the evidence for the bicameral mind and the transition to consciousness in the Old Testament. The interview is followed by Q&A with the event participants.

The interview includes discussion of why the Bible is an important document to test Jaynes’s theory, methodological challenges, the “Bicameral Civilizational Inventory Hypothesis,” the role of music in the Old Testament, the use of idols by the ancient Israelites, the role of writing, the emergence of angels and demons, the role of prophesy, the changing definitions of Yahweh, Biblical linguistic analysis, how the personage of Jesus factors in changes in ancient mentality, vestiges of the bicameral mind in the New Testament, and more.

Brian J. McVeigh attended the State University of New York at Albany, from where he received his B.A., M.A., and M.S. He was awarded his Ph.D. from Princeton University where he was a student of Julian Jaynes. A specialist on Japanese culture, he lived, researched, and worked in Asia for almost 17 years. He has published widely on Jaynesian psychology.

• A link to join will be sent to your e-mail the day prior to the event (be sure to check spam and promotion folders if you don’t see it).
• If you are waiting to be let in and the event start time has passed, something went wrong – please try logging out and then logging back in again.
• A webcam is recommended but not required.
• If you use a webcam, you can improve video quality by closing other programs, tabs, or apps and turning off other internet-enabled devices. Make sure that you have a strong Wi-Fi signal and avoid activities that heavily use your internet connection (ensure that no one is streaming video, playing online video games, etc. on your internet connection while participating in the event).