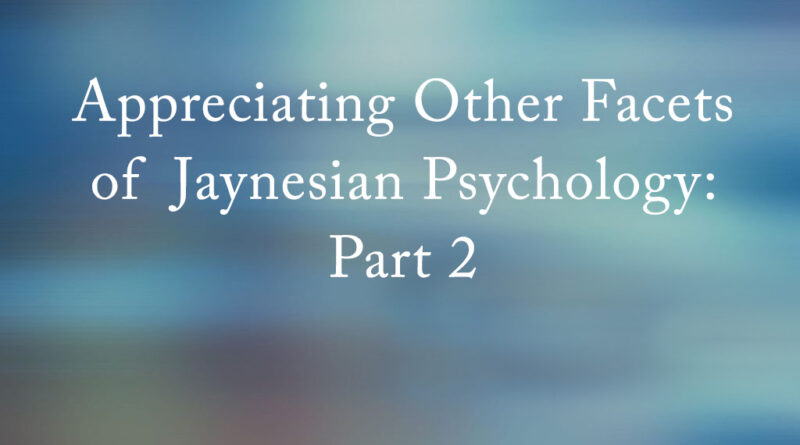 In Part 1 of “Appreciating Other Facets of Jaynesian Psychology” I began a discussion of aspects of Jaynesian psychology that if appreciated, add depth and perhaps persuasiveness to Jaynes’s arguments. I focused on how understanding Jaynes investigation of how language has constructed consciousness interiority. Here I introduce some more facets of Jaynesian psychology. I suggest that given the richness and breadth of Jaynes’s thinking, we need to propose a “Jaynesian intellectual paradigm” that goes beyond mere psychological theorizing.

Psychology has been haunted by a family of odd and scientifically unwelcome phenomena, such as hypnosis, mediums, automatic writing (hypergraphia), spirit possession, channeling, speaking in tongues (glossolalia), automatisms, oracles, poetic and religious frenzy, autoscopic phenomena, and the hallucinatory voices heard by schizophrenics as well as neurotypicals. As anomalous as these may seem, they are from rare, as indicated by their frequent appearance in ancient sacred texts, historical accounts, and contemporary ethnographies. Though not completely ignored by researchers, very few have bothered to incorporate anomalous behavior into a comprehensive account of how and why the human psyche produces such behavior. Jaynes dealt with these phenomena head-on, integrating them into his theories. Rather than explaining them away, he accounted for how they are bicameral vestiges, relics of an earlier stage in human psychocultural development. For this feat alone, he deserves recognition as a trailblazing pioneer in psychology, religious history, and anthropology.

In order to contextualize vestigial bicamerality, Jaynes used the term “general bicameral paradigm.” This has four aspects. The first is the collective cognitive imperative. More prosaically, this is a cultural community’s belief system. But Jaynes stressed its prescribed, agreed-on expectancy which defines the form of a phenomenon and the roles to be acted out in relation to that form. The second is an induction. This is a ritualized procedure whose function is the narrowing of consciousness by focusing attention (as in hypnosis). Induction triggers the third aspect: trancing. This is characterized by a lessening of consciousness and the “I” (a sense of subjective agency) or their loss. This facilitates the acceptance of a role encouraged by the collective cognitive imperative. The final aspect is authorization. This describes the source of supernatural control (ancestor, spirit, god) governing the possessed or the individual giving an oracle or prophecy.

Related to induction and trance is music. Jaynes argued that music, poetry, and the bicameral mind are intimately related. He theorized that a buildup of excitation in the right hemisphere subserving music recruits adjacent regions that then generate divine auditory hallucinations (or vice versa). Music was probably invented as a neural excitant to trigger supernatural voices and visions.

Jaynes contributed to our understanding of sentiments by offering a “two-tiered theory” of emotions. All mammals possess a basic set of genetically organized affects which are specific aptitudes that respond to characterizable classes of stimuli in certain ways. But in the case of humans, affectional experience possesses much more than basic affects. When consciousness emerged about 1000 BCE, affects were interiorized and turned into narratizable emotionalized events. In other words, emotions as we now experience them — complex, nuanced, and carrying a heavy symbolic and communicative load — are the second tier, built upon basic affects. The conscious interiorization of affects meant that shame became guilt; anger, hatred; fear, anxiety; excitement, joy; disgust, contempt; affiliation, love; and sexual emotions, erotic fantasies.

In order to show how we mistakenly equate consciousness with thinking, Jaynes suggested the term “struction,” which is intended to connote both “instruction” (an order one gives oneself) and “construction” (using mental materials upon which the order is to operate). Thinking itself is not conscious. Instead, it is an automatic process following a command given to ourselves. We are conscious of the product, not the process.

Jaynes also introduced the notion of “aptic structures.” These innate, evolved organizations of the brain are intended to replace the problematic “instinct.” Aptic structures cause an organism to behave in a certain way under certain conditions. Such structures are activated during a critical period during the developmental course when an organism is susceptible to specific environmental triggers. Human language is probably a constellation of aptic structures.

Jaynes hinted at how his ideas could be developed into a psychotherapeutics. He held a hopeful opinion that we could improve themselves by applying the principles of positive psychology and by making ourselves more suggestible to ourselves. Learning how to become more suggestible allows more control over behavior than is possible with ordinary, everyday consciousness. Jaynes also recommended that voice-hearers (who are not diagnosed with a psychopathology but experience auditory hallucinations) should be advised that they do not suffer from an illness and to accept an experience that at one time was perfectly normal. Jaynes also suggested that understanding the nature of consciousness helps us see the complex interplay between what he called “sensory pain” and “conscious pain” and why, perhaps, some amputees still feel sensation in missing limbs.

Towards a Jaynesian Intellectual Paradigm

Jaynes has relevance not just for ancient civilizations and religion but for more recent historical changes, as well as for our psychological health. The ramifications of Jaynesian psychology are so profound and far-reaching that it is better to speak of a “Jaynesian intellectual paradigm” than a mere Jaynesian psychology. This is because Jaynes has something to teach us about archaeology, art, history, linguistics, religion, neuroplasticity, technology and cognition, philosophy, psychotherapeutics, and the future of human civilization.