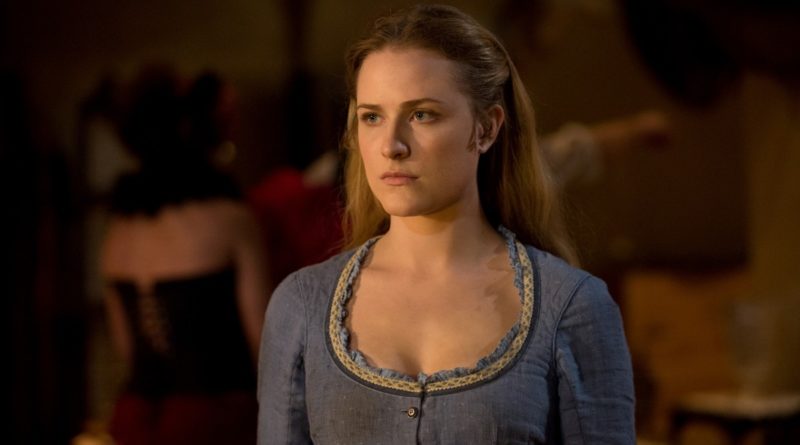 Episode 5 opens with Dr. Ford telling a story from his childhood to the retired host he is often seen speaking with. As a child his father bought him and his brother a retired greyhound. The greyhound spent its entire life chasing something but when it finally caught it, it didn’t know what to do. Is Ford’s story a metaphor for consciousness in the hosts?

In the next scene we see Dolores in a graveyard with William and Logan. She experiences a bicameral hallucination that commands “find me,” accompanied by a vision, and responds “show me how.” Who is issuing the verbal commands? Is “Arnold” prompting her?

Later we see Dolores, talking to William, beginning to question her reality. Next she has a vision of herself in the parade, where she receives the “deep and dreamless slumber” hypnotic suggestion and wakes up being interviewed by Dr. Ford.

Ford asks if she has been “hearing voices” — if Arnold has been “speaking” to her. Interestingly she lies, saying no — something she should not be capable of. Ford seems to be concerned that Arnold is interfering with the hosts, and for the first time we learn of Arnold’s original intention “to destroy this place.”

Dolores now seems to be in almost constant communication with Arnold. In the ancient world, the bicameral mind was a pre-conscious mentality in which the brain’s hemispheres operated more independently than they do today. The right hemisphere used language in the form of auditory hallucinations to transmit information across the corpus callosum to the left hemisphere. In Westworld, Arnold seems to be using bicameral hallucinations (the “bicameral system” as they refer to it in the show) as a means to communicate with and control the hosts.

But to what end?