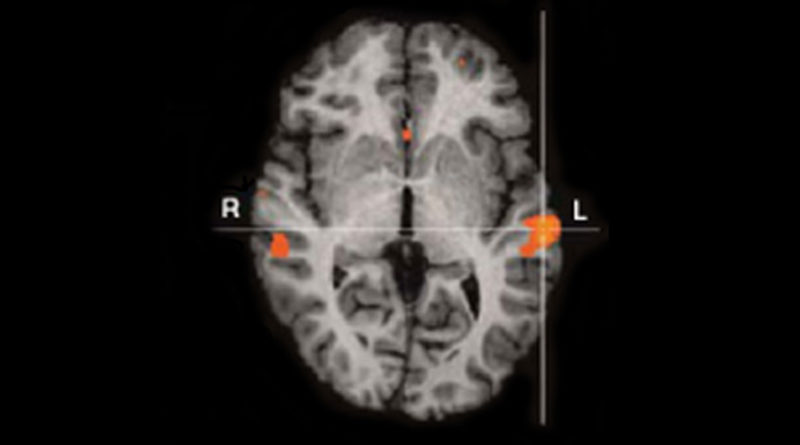 Yet, more than twenty years later, there remains ongoing confusion on this subject (as evidenced by recent bloggers). To help clear up this lingering confusion, I revisit this topic with an excerpt from one of my related newsletter articles, followed by further reading, quotes from related research, video, and additional resources:

“Over three decades ago, Julian Jaynes introduced his theory of the origin of consciousness and a historically older mentality called the bicameral mind …

In my chapter in Reflections on the Dawn of Consciousness, “Consciousness, Hallucinations, and the Bicameral Mind: Three Decades of New Research,” I discuss a number of neuroimaging studies that emerged over the past decade that provide support for Jaynes’s neurological model. These studies show brain activation in the right followed by the left temporal lobe at the onset of auditory hallucinations. Some researchers infer a possible interaction between these two areas — the language areas of the left hemisphere and the corresponding areas of the right hemisphere — during auditory hallucinations.

Since the publication of Reflections on the Dawn of Consciousness, a number of new studies have been published that also show bilateral temporal lobe (‘bicameral’) activation during auditory hallucinations, providing further support for Jaynes’s neurological model specifically and his bicameral mind theory in general.

In an article published in 2007 in Schizophrenia Research, Dr. Iris E. C. Sommer and her colleagues in the Netherlands reported that “the majority of schizophrenia patients showed prominent activity in the right-sided homologues of the classical language areas during AVH [auditory verbal hallucinations] (i.e. in the right inferior frontal gyrus, right superior temporal and supramarginal gyrus), while normal language is generally produced in the left hemisphere in right-handed subjects.” Again, this corresponds precisely with Jaynes’s predictions.

In another study published in 2008, Sommer et al. measured cerebral activation using fMRI in 24 psychotic patients. They report that “group analysis for AVH revealed activation in the right homologue of Broca’s area, bilateral insula, bilateral supramarginal gyri and right superior temporal gyrus.” They go on to speculate that “the association between AVH and activity in right hemisphere language areas could explain the low linguistic complexity and derogatory content, characteristic for AVH in psychotic patients.”

In a 2008 article titled “Functional MRI of Verbal Self-Monitoring in Schizophrenia” published in Schizophrenia Bulletin, psychologist Veena Kumari and her colleagues in the United Kingdom conclude that positive schizophrenic symptoms (hallucinations and persecution) show “exaggerated activation in the right superior-middle temporal gyrus.”

These new studies provide additional evidence in support of Jaynes’s neurological model. They have been published in peer-reviewed journals by a variety of researchers working in different labs around the world. While their research is highly supportive of Jaynes’s neurological model, these scientists did not have the goal of providing evidence for Jaynes’s theory and in some cases may not even be aware of it. …

“… Scientific interest in [Jaynes’s] work has been re-awakened by the consistent findings of right-sided activation patterns in the brain, as retrieved with the aid of neuroimaging studies in individuals with verbal auditory hallucinations.”
— Jan Dirk Blom, M.D., in A Dictionary of Hallucinations (Springer,  2009).

“An interesting hypothesis is posed by Julian Jaynes … The latest studies have shown bilateral activation of Broca’s area instead of only left side activation that brings new life to the theory of mind bicameralism. The reduction of lateralization even correlated with the intensity of hallucinations.”
— D.M. Pavlović, M.D., A.M. Pavlović, M.D., and Maja Lačković, M.D., “The Neuropsychology of Hallucinations,” Archives of Biological Sciences, 2011, 63, 1, 43-48.

“In 1976 Julian Jaynes proposed in his book … [that] the left hemisphere was the site for speech, and the right hemisphere was the site for hallucinations that expressed voices and commands of gods and demons. … Their results provided direct evidence of the involvement of primary auditory areas in auditory hallucinations. … Contemporary neuroimaging data have been used to revive and support … [Jaynes’s] controversial hypothesis.”
— Leo Sher, M.D., Journal of Psychiatry and Neuroscience, 2000, 25, 3, 239-40.

“The theory of a bicameral mind evolved the psychology and neuropsychiatric concepts of some disorders including the one for schizophrenia. … Jaynes’ theories were further confirmed by … other authors. … According to all these findings and theories, it is postulated that anterior corpus callosotomy would be beneficial in controlling the auditory and visual hallucinations in those with schizophrenia refractory to the highest medical therapy.“
— Mousa Taghipour, MD & Fariborz Ghaffarpasand, MD, “Corpus Callosotomy for Drug-Resistant Schizophrenia; Novel Treatment Based on Pathophysiology,” World Neurosurgery, August 2018, 116: 483-484.

“Recent functional neuroimaging findings seem to confirm the hypothesis that the right middle temporal gyrus represents the source of auditory hallucinations in at least some schizophrenic patients. Arguably, this lateralization pattern could well be the reason why these inner voices lack the characteristic of being self-generated.”
— Cavanna et al. “The ‘Bicameral Mind’ 30 Years On,” Functional Neurology, 2007, 22, 1, 11-15.

“Metabolism in Broca’s region and its right-hemisphere homologue correlated positively and significantly in the hallucinating group…”
— Cleghorn, et al., “Regional Brain Metabolism During Auditory Hallucinations in Chronic Schizophrenia,” The British Journal of Psychiatry, 1990, 157, 4, 562-570.

“The regions (Broca’s homologue and the right insula) coincide with the areas that showed greatest activation during auditory verbal hallucinations in our analysis of 24 patients (Sommer et al., 2008). It could therefore be hypothesized that auditory verbal hallucinations result from ‘release’ language activity in the right inferior frontal area that is inhibited in the healthy brain.”
— Sommer & Diederen, “Language Production in the Non-Dominant Hemisphere as a Potential Source of Auditory Verbal Hallucinations,” Brain, 2009, 132, 10, e124.

“In schizophrenia, defective interhemispheric integration, probably neurochemical, may lead to disinhibition of the awareness by the left hemisphere that it is being “influenced” by an unknown “external force” which is fact the right hemisphere.”
— Nasrallah, Henry A., “The Unintegrated Right Cerebral Hemispheric Consciousness as Alien Intruder: A Possible Mechanism for Schneiderian Delusions in Schizophrenia?” Comprehensive Psychiatry, 1985, 26, 3, 273–282.

“Delay in establishing dominance in one hemisphere could be the critical factor that predisposes to schizophrenia.”
— Crow, T.J., “Cerebral Lateralization is Delayed in Children who Later Develop Schizophrenia,” Schizophrenia Research, 1996, 22, 3, 181–185.

“…[R]educed language lateralization is a weak trait marker for schizophrenia as such and a strong trait marker for the experience of auditory hallucinations within the schizophrenia population”
— Ocklenburg , et al. “Auditory hallucinations and reduced language lateralization in schizophrenia: a meta-analysis of dichotic listening studies,” Journal of the International Neuropsychological Society, April 2013, 19, 4, 410-8.

“Consistent activation across studies during AVHs [auditory verbal hallucinations] … in Wernicke’s and Broca’s areas is consistent with involvement of speech and language processes in the experience of hearing voices when none are present.”
— Zmigrod, et al., “The neural mechanisms of hallucinations: A quantitative meta-analysis of neuroimaging studies,” Neuroscience & Biobehavioral Reviews, 2016, 69, 113-123.

Auditory Hallucinations and the Bicameral Mind, by Robert Olin

Neuroimaging, Auditory Hallucinations, and The Bicameral Mind, by Leo Sher